Together we have the power to reverse climate change

402
SHARES
2.4k
VIEWS
Share on FacebookShare on LinkedinShare on WhatsappEmail your friends

Reversing the damage to our planet is urgent. Unintentionally, we have separated more and more from the simple and simple ways of living, to become practical and comfortable, yes, paying a very high price for our planet.

Mass consumption, in all aspects of our lives, has caused irreparable damage: The affordable purchase of fast fashion, bulk plastics, and, of course, our way of eating has changed in the last 30 years at an unsustainable pace.

Today, we want to reflect on food and our consumption habits and how, by adjusting our behavior, we can contribute to reducing deforestation and its impact, such as the loss of habitat for millions of species, and of course, climate change. 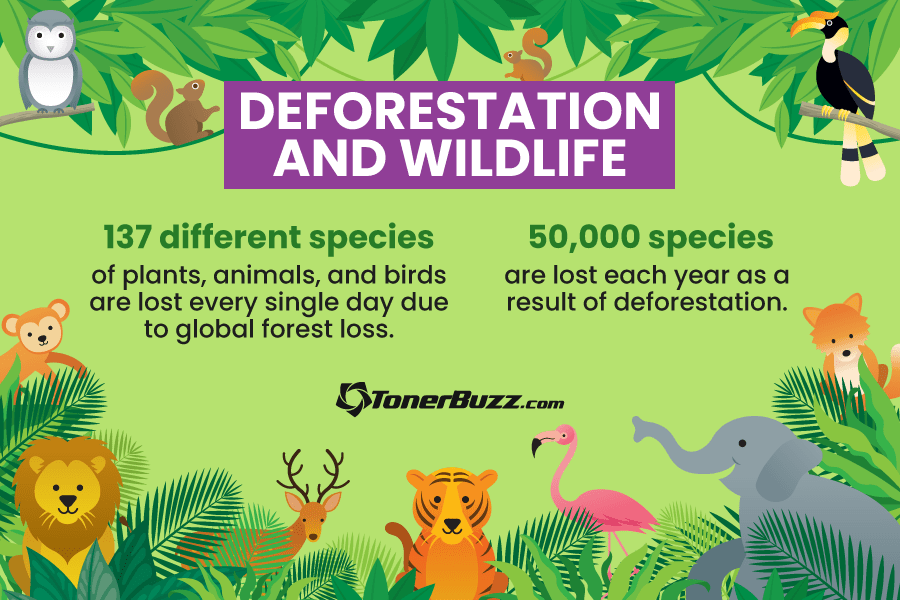 The world is attentive to the changes that we must implement, in fact, the United Nations in its agenda has very specific actions on how we can help and take measures, we can see them reflected in the Sustainable Development Goals to achieve a better future and more sustainable for all, which is intended to be achieved by 2030. In this case, specifically, the related objectives would be:

Goal 14: Conserve and sustainably use the oceans, seas and marine resources

Is it in our hands to change the situation?

The answer is categorical yes. In fact, we should not leave the fight for our planet in the hands of others. Although governments, companies, and institutions have an important part. All human beings can do something to add our grain of sand:

Did you know that changing the diet and 20% of vegetable protein could halve deforestation?

In fact, there is a movement called “Meatless Monday” and it invites 1 day a week, on Mondays, to stop eating animal protein to contribute to the environment. 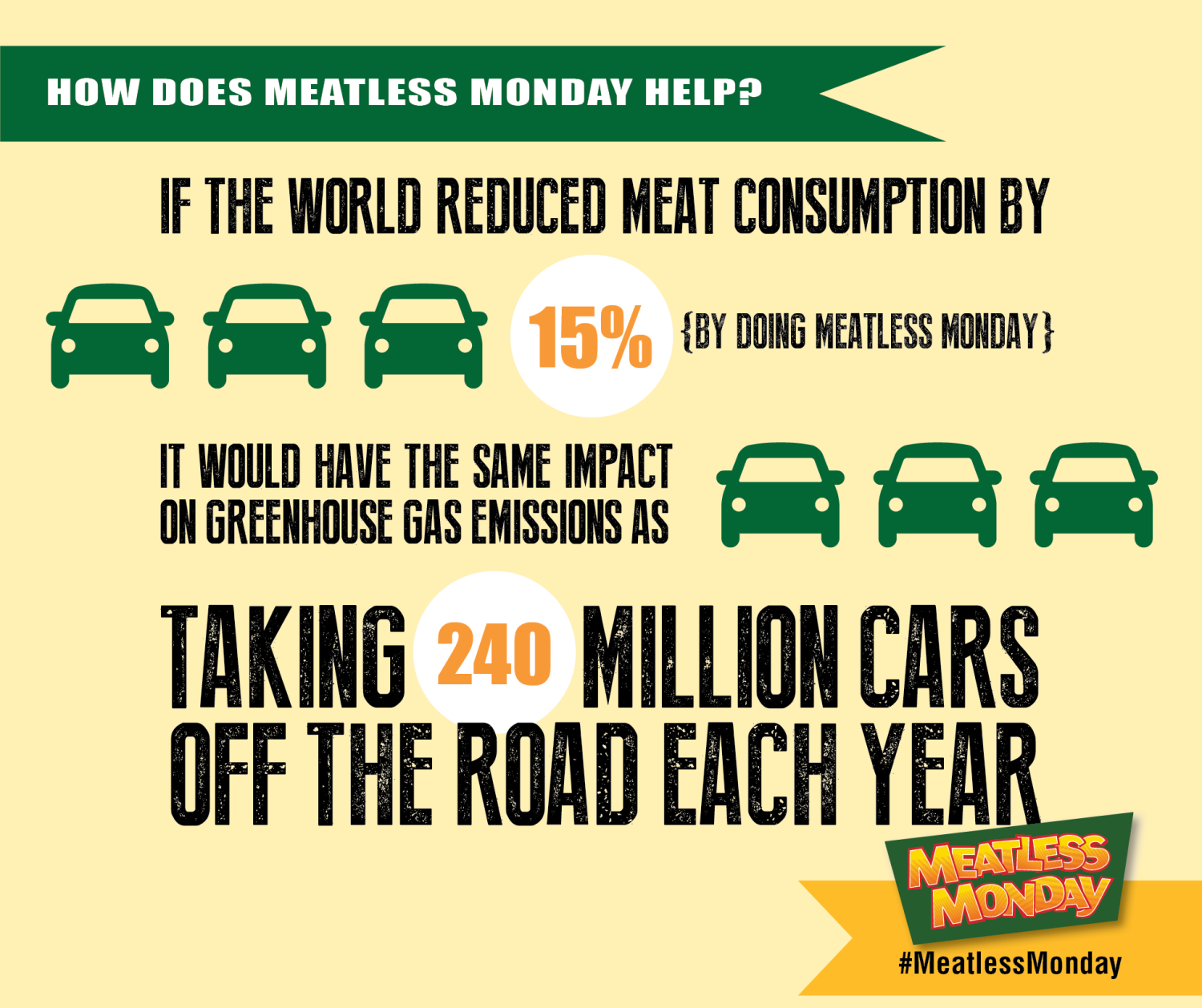 According to the article: “Swapping 20% of beef for microbial protein ‘could halve deforestation” published in The Guardian “Today, 83% of agricultural land is used for livestock and their fodder crops, but the meat and dairy products produced they represent only 18% of the calories consumed by humans. Ruminant meat production, mainly beef, but also lamb and goat, has more than doubled since 1961, but a series of studies have shown that meat consumption in wealthy nations must fall sharply to beat the climate crisis. ”.

Reducing meat consumption has a remarkable environmental impact. According to extensive research, if everyone went vegetarian for just one day, the US would save 100 billion gallons of water and reduce greenhouse gas emissions by 1.2 million tons of carbon dioxide.

What other ways do we have to contribute? 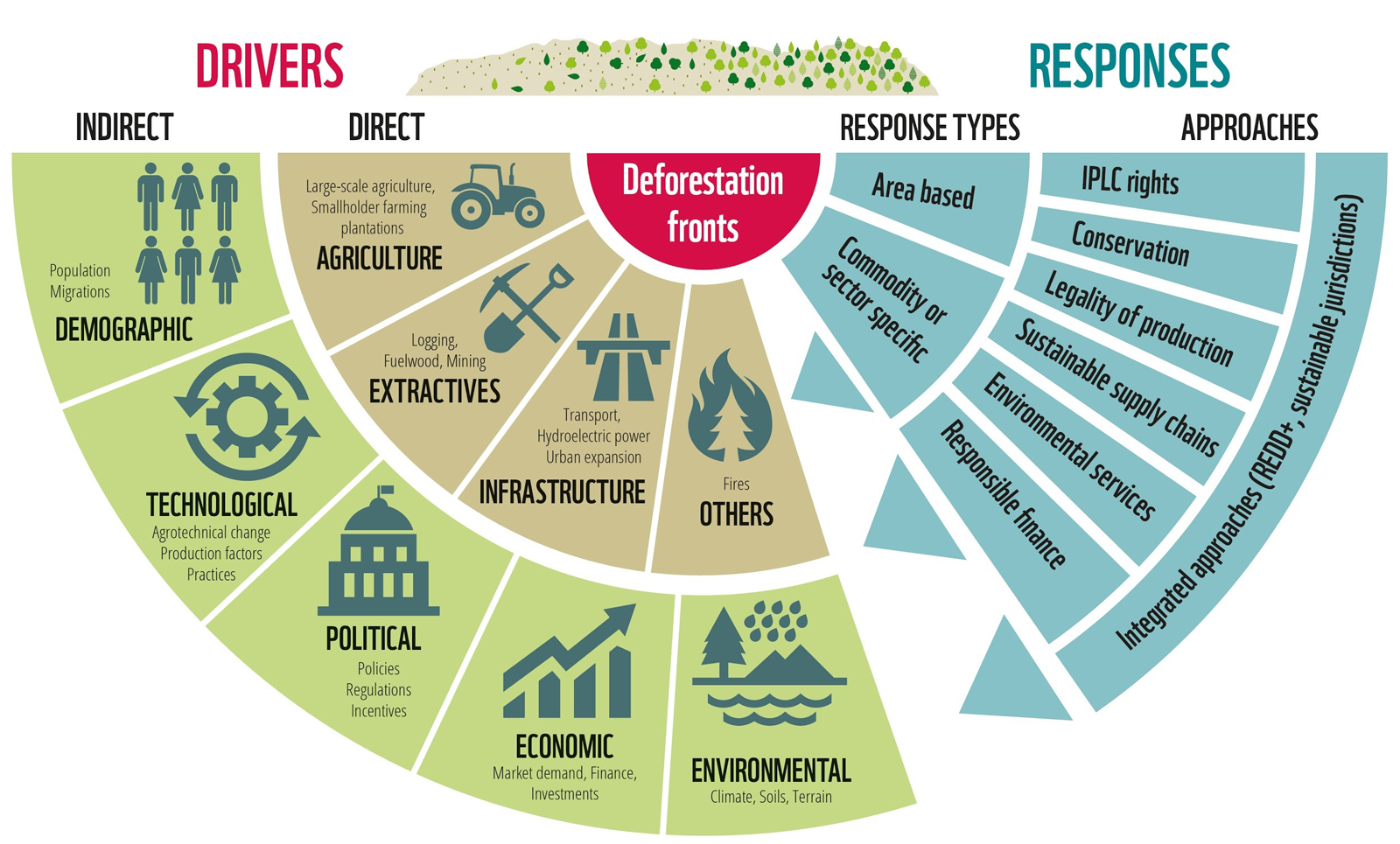 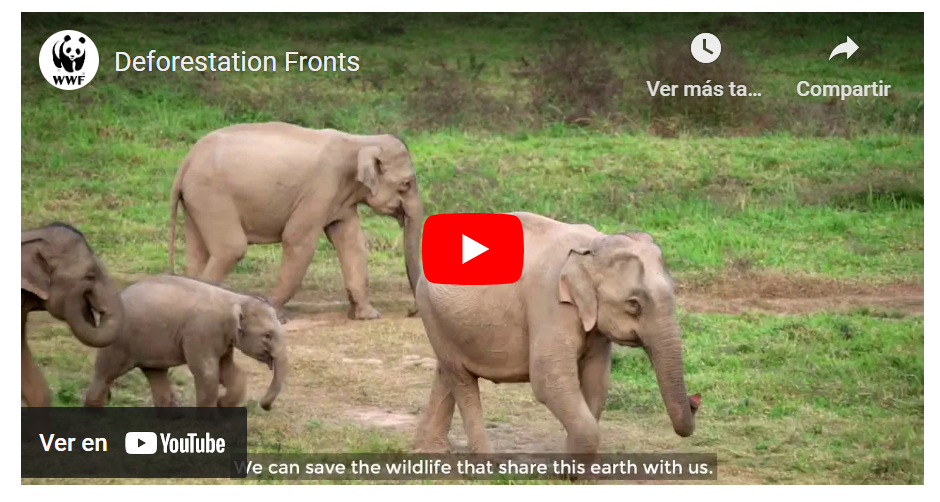 The RESOURCE LIBRARY of National Geographic has a very great article about the meaning that states: “Deforestation is the purposeful clearing of forested land. Throughout history and into modern times, forests have been razed to make space for agriculture and animal grazing and to obtain wood for fuel, manufacturing, and construction.

Deforestation has greatly altered landscapes around the world. About 2,000 years ago, 80 percent of Western Europe was forested; today the figure is 34 percent. In North America, about half of the forests in the eastern part of the continent were cut down from the 1600s to the 1870s for timber and agriculture. China has lost great expanses of its forests over the past 4,000 years and now just over 20 percent of it is forested. Much of Earth’s farmland was once forests.

Today, the greatest amount of deforestation is occurring in tropical rainforests, aided by extensive road construction into regions that were once almost inaccessible. Building or upgrading roads into forests make them more accessible for exploitation. Slash-and-burn agriculture is a big contributor to deforestation in the tropics. With this agricultural method, farmers burn large swaths of forest, allowing the ash to fertilize the land for crops. The land is only fertile for a few years, however, after which the farmers move on to repeat the process elsewhere. Tropical forests are also cleared to make way for logging, cattle ranching, and oil palm and rubber tree plantations.

Deforestation also threatens the world’s biodiversity. Tropical forests are home to great numbers of animal and plant species. When forests are logged or burned, it can drive many of those species into extinction. Some scientists say we are already in the midst of a mass-extinction episode.

More immediately, the loss of trees from a forest can leave soil more prone to erosion. This causes the remaining plants to become more vulnerable to fire as the forest shifts from being a closed, moist environment to an open, dry one. While deforestation can be permanent, this is not always the case. In North America, for example, forests in many areas are returning thanks to conservation efforts”.

You have the power to take actions now to help reverse the damage to the ecosystem. If you are interested in delving into this topic that affects us all, we share several articles of interest:

Will it be sustainable to feed ourselves in 2050 as we do today?

The EU and its Attempt to Curb Deforestation – Some Critical Reflections on the Commission’s New Proposal.

Deforestation and economic growth trends on oceanic islands highlight the need for meso-scale analysis and improved mid-range theory in conservation.

No Escape from the Heat: The Cost of Deforestation on Human and Animal Health.

Deforestation Strengthens Atmospheric Transport of Mineral Dust and Phosphorus from North Africa to the Amazon.

Deforestation and Reforestation in Namibia : The Global Consequences of Local Contradictions

The Biophysical Impacts of Deforestation on Precipitation: Results from the CMIP6 Model Intercomparison.

A Decision Theory Perspective on Wicked Problems, SDGs and Stakeholders: The Case of Deforestation.

The Economics of Deforestation in the Amazon

AIU Slides: Creare your own Community Pantry or fridge

AIU Slides: Creare your own Community Pantry or fridge