403
SHARES
2.4k
VIEWS
Share on FacebookShare on LinkedinShare on WhatsappEmail your friends

A new revolution is taking place, where the laws of physics are combined with technology to multiply the capacities to process, calculate and transfer information to unsuspected limits with consequences that we still do not know.

In the words of the multinational IBM: “Quantum computing is a rapidly growing technology that takes advantage of the laws of quantum mechanics to solve problems too complex for classical computers.”

This reality brings with it, in addition to handling data in an unimaginable way, a demand for many professional profiles that allow this revolution to become a reality, not only in the field of physicists, mathematicians or engineers, but also in all business processes. Today, more than ever, it is vital to have programs that allow students greater diversity in programs and much more innovative.

An article on the decrypt site recounts how recently, “Canadian research startup Multiverse Computing has reached a milestone: its model can evaluate more than 1 octillion possible scenarios in 30 minutes. An octillion is a 10 followed by 30 zeros.

Thus completing its proof of concept, which combines blockchain data from the Tether (USDT) stablecoin, whose tokens are pegged to the US dollar, and public data from up to 10 major financial institutions. It also consulted with experts from two major Canadian banks to arrive at realistic parameters.

Multiverse Computing chose Tether for its model because the stablecoin, founded in 2014, had supported a variety of market scenarios in its eight years of blockchain data.”

If you are not yet familiar with the subject, we explain what quantum technology is.

The world has evolved in such a way that we now face a new type of technology, in which computers are like extraordinary electronic brains capable of performing tasks almost impossible for a classical computer in a few seconds. Now, supported by quantum mechanics, programmers put all their efforts into developing machines to do calculations never thought of.

To explain the difference between traditional and quantum computing, what is most obvious is:

Furthermore, quantum computers lack memory and a processor, instead they use qubits. The qubit is a quantum system with two eigenstates, and 1 bit difference that can only be 1 or 0, this can be both at the same time.

How does a quantum computer work?

The site www.science.org.au explains that “A quantum computer works in a totally different way than a classical computer. Quantum bits or ‘qubits’ can exist in a superposition state of zero and one simultaneously. This means that a set of two qubits can be in a superposition of four states, requiring four numbers to uniquely identify the state. So the amount of information stored in N qubits is two to the power of N classical bits.

You can learn more about how it works in this video.

What does this new technological era mean?

Definitely, this technological advance represents the next level in terms of artificial intelligence, in fact, scientists have recently taken new steps in this latest model by achieving in just 36 microseconds a task that the classics would take almost 9,000 years. If you want to read more about this news, click here.

In this video, you can see how Mercedes-Benz embraces the era of quantum computing. 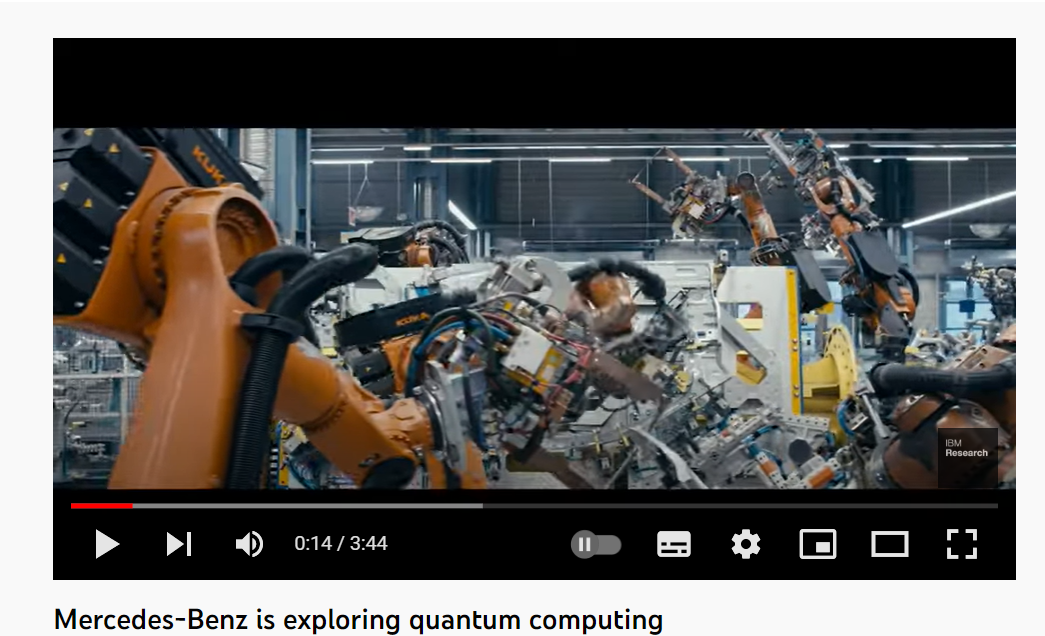 The world is moving by leaps and bounds and knowledge is the only way we have to be able to keep up with innovations. Therefore, today more than ever, it is vital to have programs that allow students greater diversity and innovation.

If this topic is of interest to you, we invite you to read more:

An Introduction to Quantum Computing