What happened the day an asteroid hit the earth?

by Vanessa D'angelo
in Evolution
0

It is really impressive and distant to think about the time of the dinosaurs, but thanks to museums, movies and books, we can get a fairly close idea of how magnificent these animals were.

And although it is a mystery, little by little, thanks to paleontology, archeology and many other sciences, we have been learning more about its passage through the earth, from the beginning of the Jurassic (about 200 million years ago) to the end of the Cretaceous. (66 million years ago).

A still open question, How did the dinosaurs become extinct?

The site britannica.com relates how although “many hypotheses have been offered over the years to explain dinosaur extinction, but only a few have received serious consideration. The extermination of the dinosaurs has been a puzzle to paleontologists, geologists, and biologists for two centuries. Proposed causes include disease, heat waves and resulting sterility, freezing cold spells, the rise of egg-eating mammals, and X-rays from a nearby exploding supernova. Since the early 1980s, however, much attention has been focused on the so-called “asteroid theory” formulated by American scientists Walter Alvarez and Luis Alvarez.

This theory states that a bolide (meteorite or comet) impact may have triggered the extinction event by ejecting a huge quantity of rock debris into the atmosphere, enshrouding Earth in darkness for several months or longer. With no sunlight able to penetrate this global dust cloud, photosynthesis ceased, resulting in the death of green plants and the disruption of the food chain. 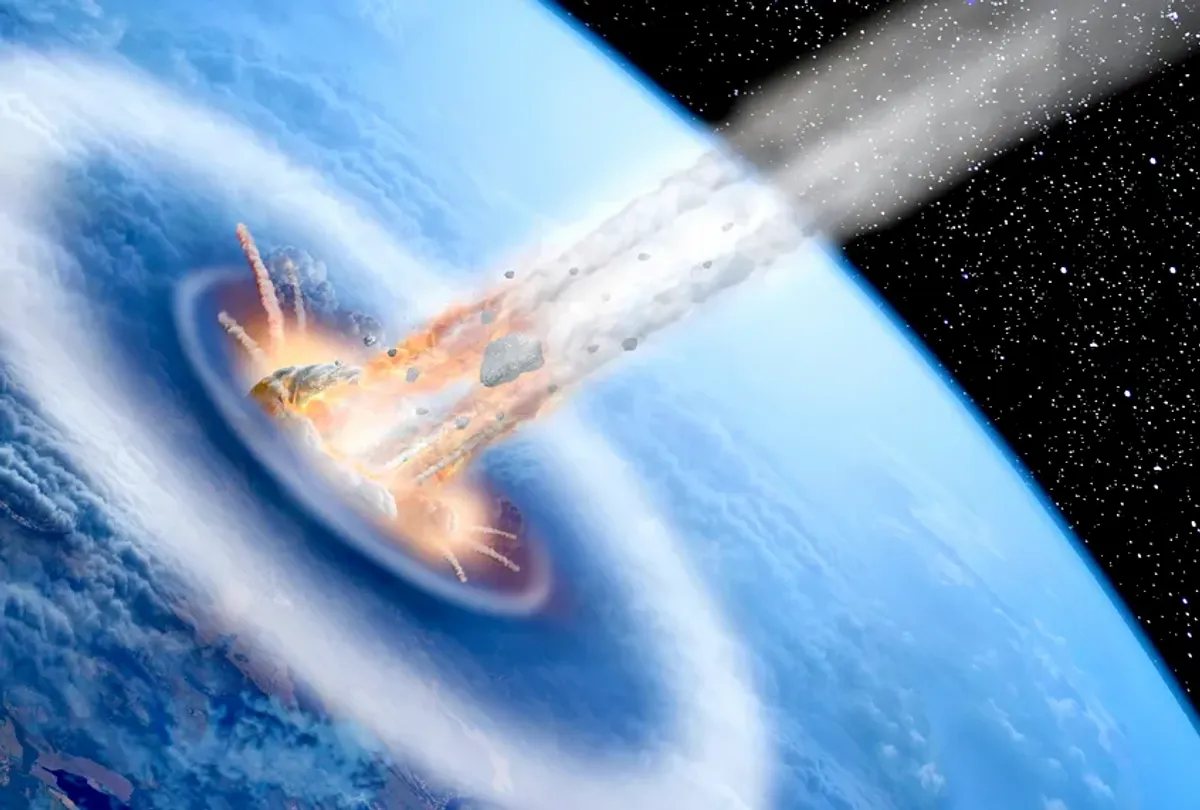 Image that recreates how 66 million years ago an asteroid ended the life of the dinosaurs,

after impacting the earth.

To delve a bit into what happened, it’s worth quoting the explanation from the Salon article that explains, “Dinosaur’s doomsday was triggered by an asteroid 7.5 miles wide, roughly the size of Mount Everest, which crashed into the Gulf of Mexico. The 90-mile-wide impact site, called the Chicxulub crater, is expected to be the point of origin of the mass extinction event that wiped out all non-avian dinosaurs on Earth.”

The extinction event killed about 75 percent of life on Earth, though some sea creatures and burrowing animals, including early mammals, were better prepared to wait out the brief wave of superheated air caused by the impact that spread throughout. the planet.

And proof of all of the above, is the discovery of fossilized remains of a dinosaur possibly killed in the fifth mass extinction of the Earth in Tanis in North Dakota. 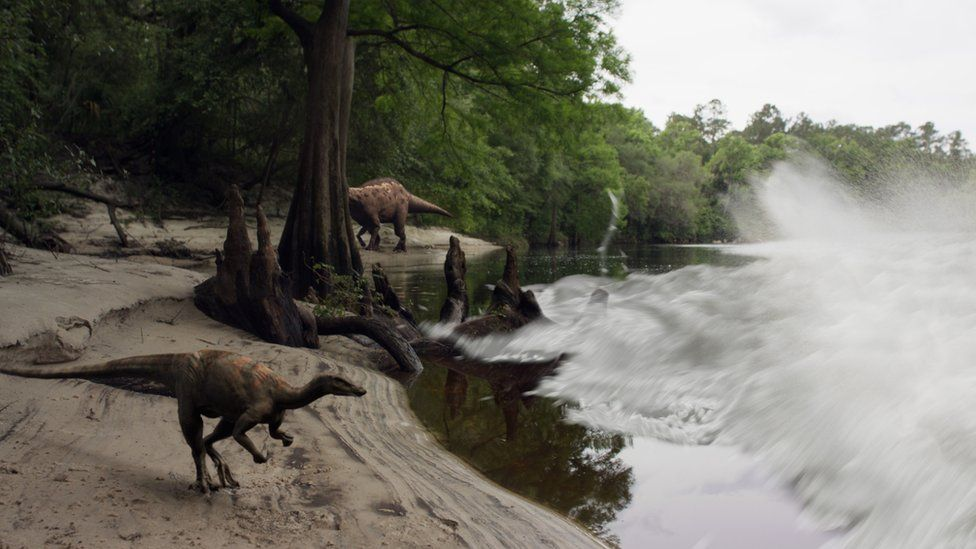 Artwork: The thinking is that a water surge buried all the creatures at Tanis

This recent discovery has been a great test for scientists who claim that a large asteroid was responsible for the extinction of this species.

In this video you can see how the fossil was discovered. Based on the state of the leg, it is thought that it was a single cut and that the animal died instantly, since there is no evidence of pathology. 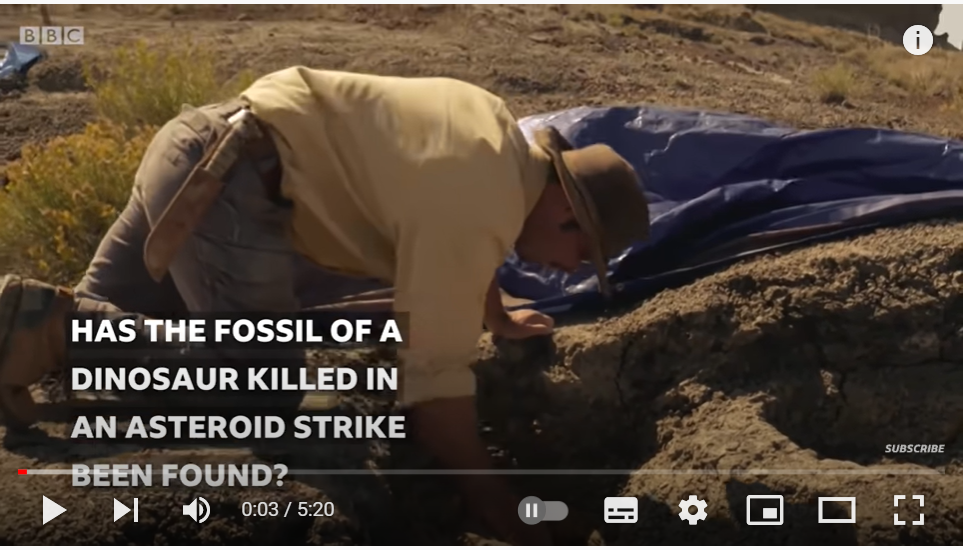 If you’re looking to learn more about this amazing finding and the theory behind it, you can’t miss all the sources with have prepared for you:

The Last Days of the Dinosaurs: An Asteroid, Extinction, and the Beginning of Our World.

WHAT REALLY KILLED THE DINOSAURS?Fragment of the asteroid that killed off the dinosaurs may have been found