401
SHARES
2.4k
VIEWS
Share on FacebookShare on LinkedinShare on WhatsappEmail your friends

Scientists dedicate their lives to giving us a clearer view of the mysteries of the universe. Years of study allow us to understand more and more about our past and origin. This is how the Large Hadron Collider project tries to understand what happened just after the Big Bang.

An article published by National Geographic explains how “in that kind of time machine, which is the Large Hadron Collider and which is always operational, except when it requires maintenance work, they continue to try to emulate the early universe on Earth. To do this, they collide proton beams, made up of 2,500 packages of 100,000 million protons each, causing up to 600 million collisions per second. 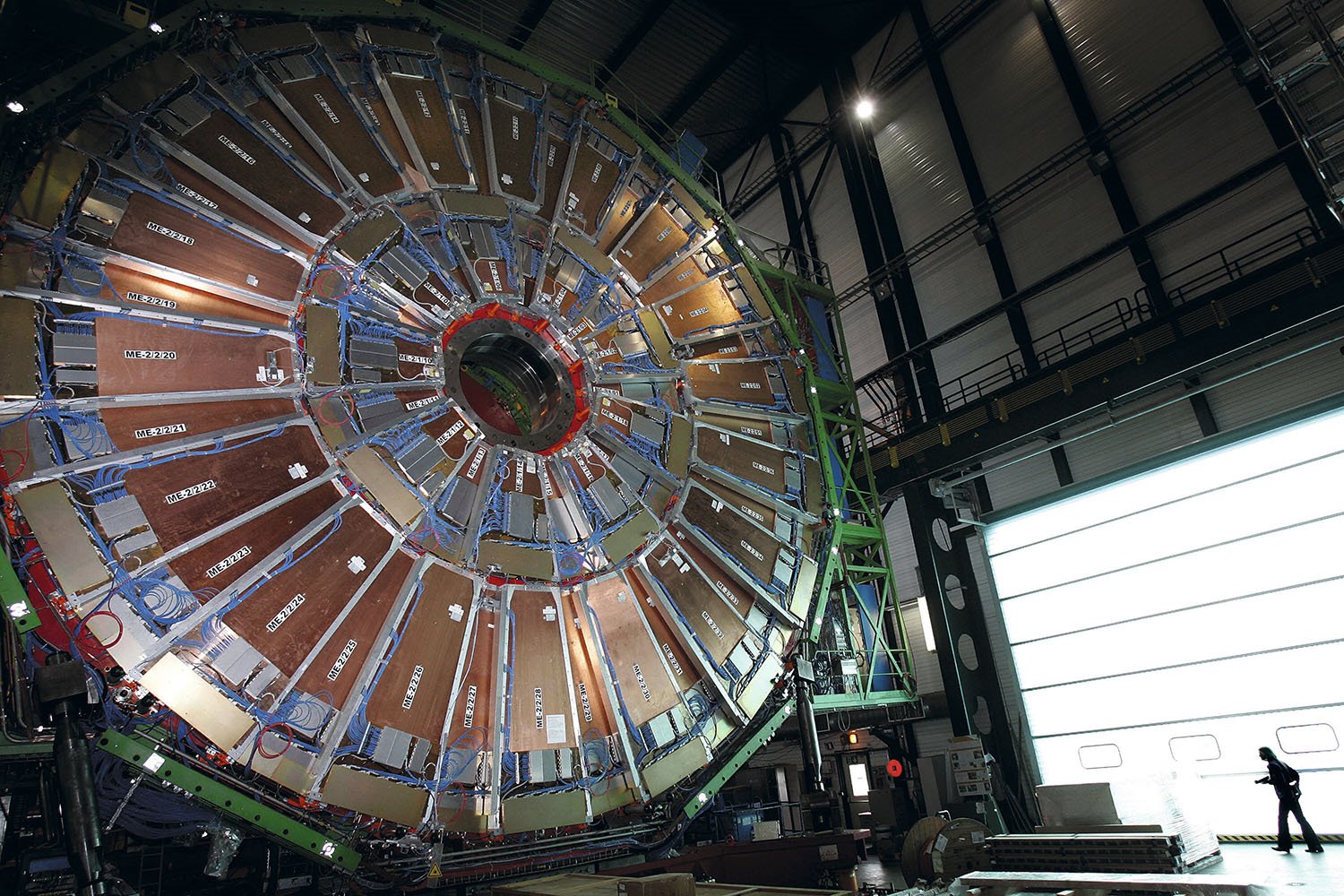 For his part, CERN physicist Héctor García-Morales points out “many technological developments necessary to build the LHC have made possible many inventions that are now part of our daily lives. An example of this would be touch screens, invented at CERN. Or the World Wide Web, the global computer network accessible through the Internet. Nothing more needs to be added.”

To better explain what the Large Hadron Collider is, we are going to use the explanation made on the site www.i-cpan.es: “The Large Hadron Collider (LHC) is the largest particle accelerator in the world. In this experiment, physicists from the European Laboratory for Particle Physics (CERN) collide subatomic particles (mainly protons, one of the constituents of the atom’s nucleus) into each other at selected points where large detectors (ATLAS, CMS, LHCb and ALICE). These record the particles resulting from collisions to study the elements that make up the matter from which the Universe is made, including ourselves, and their interactions.”

Where is the Large Hadron Collider located?

Located on the French-Swiss border near Geneva, the LHC is a 27-kilometer-circumference ring located 100 meters below ground.

Chronology of the Large Hadron Collider

The site www.i-cpan.es makes a spectacular description of the stages of operation of the LHC since its inauguration:

The LHC first started operating on September 10, 2008, but a faulty electrical connection caused extensive damage to more than 50 superconducting magnets and the vacuum tube. Therefore, it was not until November 2009 that it started up again, once the consequences of the incident had been resolved.

On November 20, 2009, several low-energy beams flowed through the accelerator for the first time since the incident that caused the operation delay, and shortly thereafter, the beams flowing through the LHC reached an energy of 1.18 TeV, becoming the most energetic and powerful particle accelerator in the world, surpassing the previous maximum record recorded by Fermilab’s Tevatron (0.98 TeV).

During the first half of 2010, the power of the accelerator was progressively increased and the first experiments with beams circulating at energies of 3.5 TeV were carried out. That same year, in March, the LHC set a new record by colliding beams of protons with an energy of 7 TeV.

CERN had planned to shut down the LHC at the end of 2012 to carry out updating and maintenance tasks for a second stage of operation, but the important and notorious discovery of the Higgs boson in July 2012 caused the shutdown to be postponed until early 2013, in order to obtain additional data on the discovery before the planned shutdown.

In early 2013, the LHC was shut down to enter its first upgrade phase, which is expected to last 2 years. This first big shutdown is called Long Shutdown 1 (LS1, for its signs in English). For example, some objectives and improvements that the research community had in mind were: to improve the detectors and pre-accelerators to reach collision energies of 14 TeV, to replace the ventilation system, and to change tens of kilometers of wiring, which deteriorated due to collisions at such high energies. The upgraded collider began its lengthy startup and test run process in 2014, until in 2015, with all improvements implemented, it was back in operation.

During the year 2016, technicians focused on increasing the “luminosity” of proton-proton collisions. “Luminosity” is the measure of the number of potential collisions per unit area and time in a particle accelerator. It is a basic indicator of the operation of an accelerator and is measured in inverse femtobarns: 1 inverse femtobarn is equivalent to 100 trillion collisions between protons. Improvements in the luminosity of the LHC increased the collision rate, reaching twice the value of the original design.

The Second Great Shutdown of the LHC (Long Shutdown 2, LS2) began on December 10, 2018. In this great shutdown, maintenance and updating tasks have been carried out, both in the LHC and in the entire CERN accelerator complex . During this stop, the research community has focused on implementing the improvements framed in a project called ‘High Luminosity Hadron Collider (HL-LHC)’, which aims to greatly increase the luminosity of the accelerator. The HL-LHC is expected to be operational in 2026.

On April 22, 2022, at 12:16 p.m. Geneva local time, two proton beams circulated in opposite directions through the accelerator, marking the start of the LHC’s third period of operation. Although these do not yet form part of the normal operation of the LHC, they are the first operational tests that aim to verify the improvements and changes implemented in the last great LS2 stop. The first beams have circulated through the accelerator tunnel with injection energy of 450 billion electron volts, which will increase as it is verified that the system works correctly. 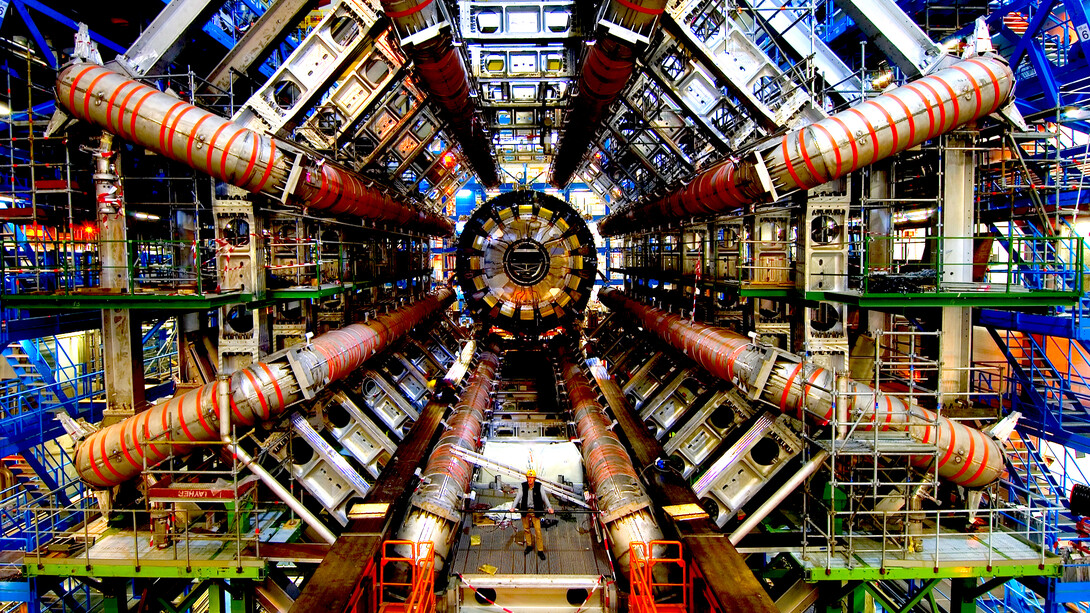 07-05-2022 Start of the major start-up scheduled for 2022. The accelerator is already working and ready to reach energies of 6.8 TeV per beam, which add up to a total of 13.6 TeV of energy in each collision. In addition, the improvement and redesign of the ATLAS, CMS, LHCb, and ALICE detectors will allow the detection of a much higher number of collisions between protons and the by-products generated. According to the theoretical physicist at CERN Michelangelo Mangano, in this new 3rd Phase:

On the sidelines, among other objectives, it is expected that with the increase in the power of the collisions it will be possible to obtain results on which particles make up the dark matter, the discrepancy observed between the theoretical prediction of the mass of the W boson and that recently calculated by the Tevatron, which disagrees with the theory predicted by particle physics, as well as the discovery of possible new particles that allow a better understanding of the standard model or the need to modify it in the attempt to find new theoretical physics.

The LHC is scheduled to be operational for at least 15 years. In that time, scientists hope to obtain enough data to deepen their understanding of the origin and formation of the Universe.

If you want to learn more about the Large Hadron Collider, you cannot miss the following information:

Virtual tour of the LHC

Inside Cern’s Large Hadron Collider: From The Proton To The Higgs Boson

Signature-Based Model-Independent Searches at the Large Hadron Collider: An Experimental Strategy Aiming at Safeness in a Theory-Dependent Way.

Particle physics after the Higgs boson discovery: opportunities for the Large Hadron Collider.

What if NASA invited you to their next launch?

What if NASA invited you to their next launch?