Detect a heart attack 10 years before it happens, thanks to science

The wonders of science allow us to intervene proactively and reactively in many health scenarios. Recently, and after a lot of effort and dedication, Artificial Intelligence achieved a new milestone, predicting cardiac arrests up to 10 years in advance, this finding is a great advance in addressing one of the main causes of mortality worldwide.

According to the Pan American Health Organization, “Cardiovascular diseases, such as myocardial infarction and stroke, are part of the so-called non-communicable diseases.

Three out of every four people in the Americas suffer from a non-communicable disease, some 4.45 million people die each year from one of them and, of that number, 1.5 million die before the age of 70. Cardiovascular diseases cause 1.9 million deaths a year, cancer, 1.1 million; diabetes, 260,000; and chronic respiratory diseases, 240,000. All of them share risk factors such as obesity, physical inactivity, smoking, and an unhealthy diet, among others”.

The fact that researchers at Johns Hopkins University developed an artificial intelligence approach that they say can help predict if and when a person might die of cardiac arrest, based on images of the heart, is a scientific miracle that will help a lot of people gain years of life.

It is estimated that by 2030 nearly 23.6 million people may die from one of these conditions.

As explained in the article “Johns Hopkins Cardiac Scanning AI Predicts Cardiac Arrests Up to 10 Years Earlier” on the site fiercebiotech.com, “By analyzing the patterns of scar tissue that can develop in heart muscle over time due to heart disease, the researchers found that AI algorithms could offer accurate predictions of a person’s risk up to 10 years in advance.

That scar tissue can affect the way electrical pulses from the heart travel to the contracting ventricles, resulting in abnormal heart rhythms that can become dangerous if left untreated.

Sudden cardiac death caused by arrhythmia accounts for up to 20% of all deaths worldwide, and we know little about why it occurs or how to know who is at risk”, said Natalia Trayanova, a Johns Hopkins professor and lead author of an article published in Nature Cardiovascular Research”. 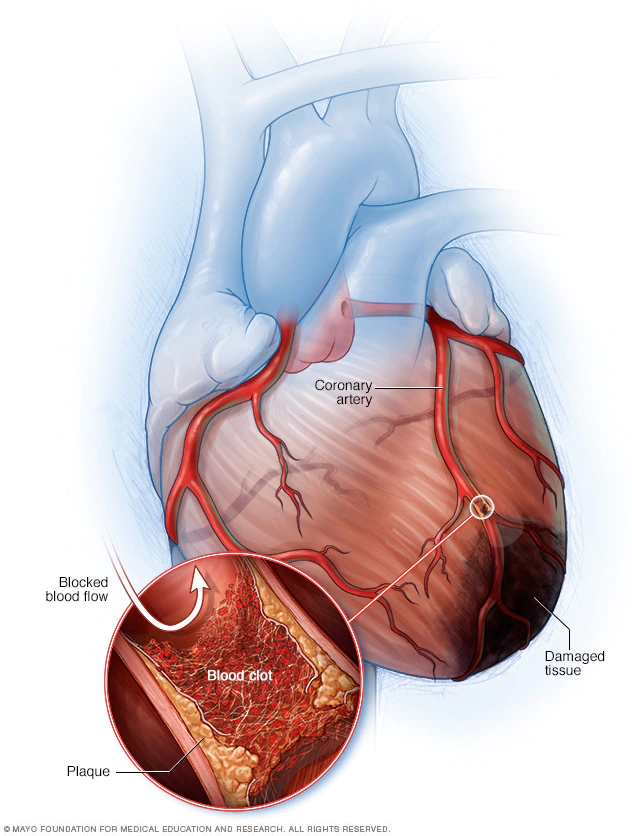 What is a heart attack?

The Mayo Clinic notes that “a heart attack occurs when blood flow to the heart is blocked or severely reduced. The blockage is usually due to a buildup of fat, cholesterol, and other substances in the heart (coronary) arteries. Fatty deposits that contain cholesterol are called plaques. The process of plaque buildup is called atherosclerosis.

Sometimes a plaque can rupture and form a clot that blocks blood flow. The interruption of blood flow can damage or destroy a part of the heart muscle.

In this video you can have a more precise explanation of the symptoms of a sudden heart attack: 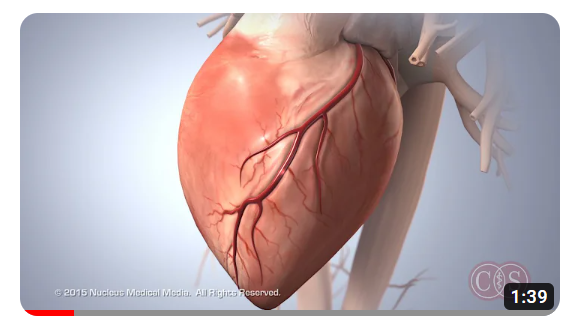 It is interesting to understand the matrix that was followed to achieve such an encouraging finding for the cardiac population: “The technology uses contrast-enhanced MRIs of the heart combined with standard data points from the patient’s medical history that are typically used to generate factors of cardiovascular risk factors such as age, weight, race, and use of prescription drugs.

After compiling years of heart scans from hundreds of Johns Hopkins patients with heart scars, the researchers said the AI was able to outperform doctors’ predictions based on simple visual estimates of scar characteristics, such as their volume and mass totals.

“The images contain critical information that clinicians have not been able to access”, first author Dan Popescu, a former Johns Hopkins doctoral student, said in a statement. “This scarring can be distributed in different ways, and it says something about a patient’s chances of survival. There is information hidden in it”.

With predictions that are approximately 74% accurate when compared to an independent set of test data collected from 60 health centers across the US, AI could help doctors personalize long-term treatments for heart diseases.

“There are patients who may be at low risk of sudden cardiac death and get defibrillators that they may not need, and then there are high-risk patients who don’t get the treatment they need and could die in the prime of their lives,” Trayanova says. “What our algorithm can do is determine who is at risk of cardiac death and when it will occur, allowing clinicians to decide exactly what needs to be done”, continues Trayanova. 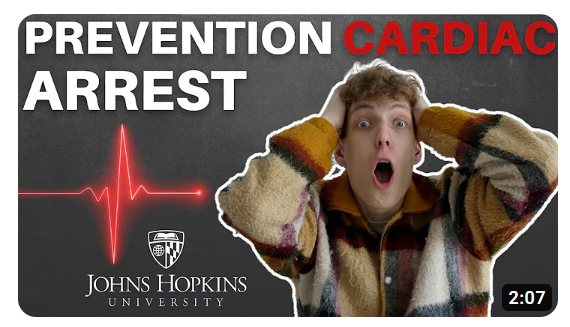 If you are interested in investigating more about what has been developed on this topic, do not hesitate to consult the following information:

AI PREDICTS IF AND WHEN SOMEONE WILL EXPERIENCE CARDIAC ARREST

High Hopes for “Deep Medicine”? AI, Economics, and the Future of Care.

Environmentally sustainable development and use of artificial intelligence in health care.