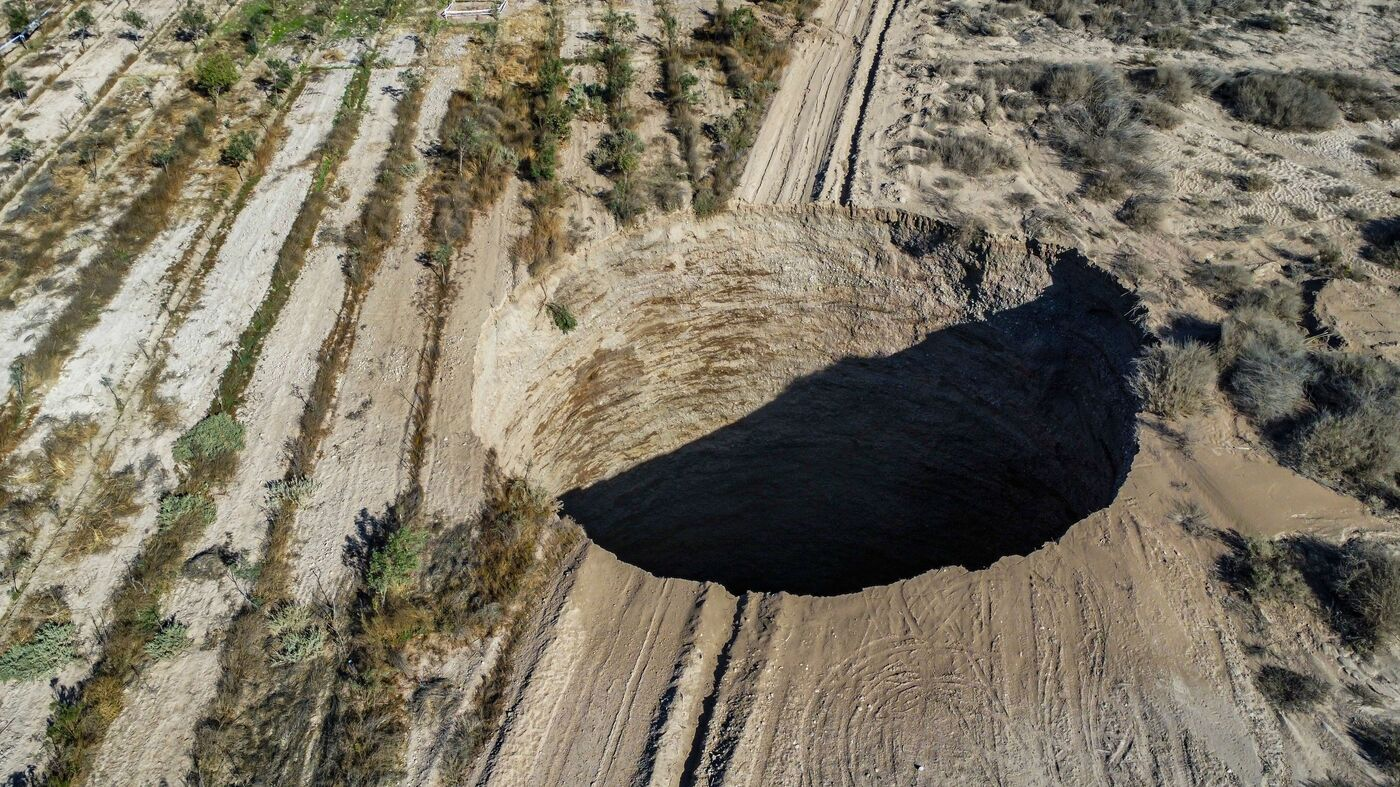 An impressive hole suddenly appeared in Chile, specifically in Tierra Amarilla, in the northern region of Atacama, without initially having any apparent explanation.

Chilean authorities are investigating the reason for this hole, which is at least 25 meters wide and 200 meters deep. The hole appeared for the first time last Saturday, July 30.

The Mayor of the area, Cristóbal Zúñiga, told the media about his perception of the events: “We believe that what happened is due to the fact that the mine intervened in the riverbed, drying up groundwater [water tables] and working inside them until the ground collapsed due to the telluric movements that are made to exploit the mine and the vacuum that is generated under the ground. The hole that you see is smaller than what is at the bottom. It will continue to grow until it generates perhaps an inverted cone,” said the mayor.

Fortunately, no one was injured by the sinkhole, said the mining company Lundin Mining Corporation, which suspended all mining work in the area immediately after detection. “There has been no impact on personnel, equipment, or infrastructure.” 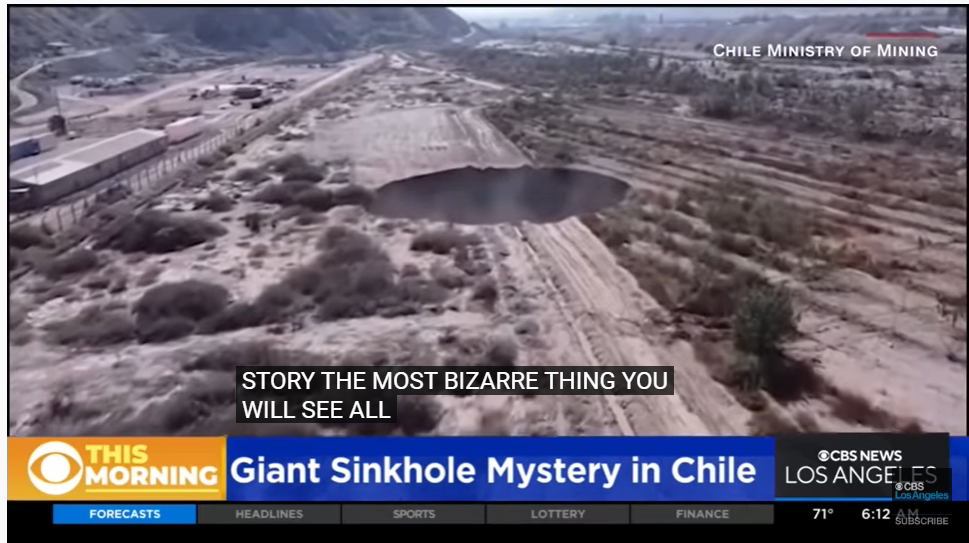 The huge sinkhole is wide enough to swallow the White House, the country’s National Geological and Mining Survey said.

But what could be the possible causes of this phenomenon?

According to National Geographic: “Sinkholes are cavities in the ground that form when water erodes an underlying rock layer.

Sinkholes have both natural and human causes. Land made of a soft underground rock layer, such as rock salt around the Dead Sea or limestone in Mexico’s Yucatan Peninsula, is often riddled with sinkholes since the rock layer is easily dissolved.

Manmade sinkholes are created when city development compromises the structural integrity of underlying rock. Roads, buildings, and other types of construction may cause water to collect in certain areas and wash away the supporting rock layer (especially at low sea levels and after heavy rainfall)”.

Nature, its mysteries, and how men with our activity can affect it is a current topic. If you are interested in going deeper, you cannot miss the following information that will give you a clearer view of this phenomenon.

Most devastating sinkholes in history

In Danger One of the Largest Aquifers in the World, the Great Mayan Aquifer, Based on Monitoring the Cenotes of the Yucatan Peninsula.

The 5 most terrifying sinkholes in history